The Importance of Compassion: Perspective From a Lifelong Patient 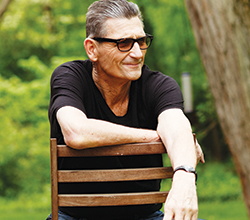 Washington, DC—“Patient Lee” Tomlinson, founder, The C.A.R.E. Effect Movement, Los Angeles, cancer survivor, and self-described adrenaline junkie, has been in and out of the hospital since the age of 5 years, when his older sister dared him to “fly” down the stairwell and prove he was the son of Superman. Since then, he has broken more than a dozen bones (some as many as 3 times), been hospitalized in 6 countries, was rescued off the top of a mountain and from the bottom of a swimming pool, was hospitalized 3 times for dog bites, was kicked by a few horses, and has beaten cancer. During the keynote speech at the Oncology Nursing Society 2018 Congress, Mr Tomlinson spoke about the importance of compassion, as only a lifelong patient could.

Compassion is defined as a feeling of deep sorrow for another’s pain, accompanied by an equally powerful desire to lessen or remove their suffering, be it mental, physical, or emotional. The difference between empathy and compassion is action.

“But, my qualification [in addressing compassion] is that I’ve been in your capable hands every other minute for the past 60-plus years,” he continued. “If you give your patients kindness, caring, and compassion, we will remember it for the rest of our lives. We won’t remember the details of the radiation, the chemotherapy, or the surgery, but we will remember that hug and kiss. That’s what heals us. The other stuff just cures us.”

Every moment is an opportunity for compassion, because every individual is fighting his or her own battle. Hippoc­rates said that healers have 3 jobs: cure sometimes, treat often, and comfort always. But only comfort is guaranteed to lessen or remove suffering.

“We all experience pain, loss, and grief. Everyone needs and craves compassion, and it takes a nanosecond to give it,” he said.

How Do I Know if I Gave Comfort?

According to Mr Tomlinson, extensive patient interviews have revealed 4 main components to providing care with compassion. Providers should ask themselves:

From Hope to Defeat

When Mr Tomlinson was diagnosed with cancer, his doctor took hours to patiently answer his questions. She wrote down her home phone number and told him to use it anytime, and gave him a hug and kiss when he left the office, overwhelmed with the news.

“It was the worst news I’d ever gotten, but I left her office empowered because she cared, she connected, she was attentive, and she was expressive,” he said.

He said cancer made him weep. It knocked him down, spit on him, insulted him, humiliated him, took 60 pounds off of his body, filled his mouth and neck with sores (leaving him unable to eat, drink, or sleep), and caused hallucinations and unbearable pain (even on fentanyl). Toward the end, he said, he lived in 15-minute increments, but it was his oncology nurses who got him through it. He recalls being in the hospital and vomiting nonstop for days, when his nurses formed a circle around him, hugged him, and told him he was going to be ok.

“My nurses and doctors cared, not only for me medically, but about me as a living, breathing human being,” Mr Tomlinson said.

But not all of his providers were so kind. When he found himself back in the hospital for a septic infection, he said he encountered nurses and doctors who were nothing short of cruel.

At that point, he was fed up. He was accruing huge amounts of debt, he was miserable, and he was in pain. He remembered his generous life insurance policy that would leave his family financially set if he died, and he made the decision to apply one too many fentanyl patches, go to sleep, and never wake up. But he did not know how many patches to use, and if his death was ruled a suicide, his family could not collect on the policy.

So he went to his oncologist, told him that he wanted to end his life, and asked how many patches he should use. Rather than judging or shaming him, his doctor apologized to him. She told him that the lack of compassion he had encountered was inexcusable. She could not tell him how many fentanyl patches to use, but instead asked if she could offer a suggestion.

“Instead of doing yourself in, how about you fight? And if you survive, how about you start a movement? Spend the rest of your life doing something to cure this lack of compassion that’s growing in American medicine today,” she said.

In that moment, Mr Tomlinson says he came alive again. “Her compassion, comfort, respect, and apology turned me back into a living, breathing human.”

He was still too weak to do much, but he began to research. He looked into the scientifically proven benefits of compassion and learned that it makes patients heal faster, stay healthier longer, and experience less anxiety, pain, and need for opioids. Compassion leads to higher reimbursements for hospitals, more loyal patients, a better reputation, less turnover, more engaged staff, and fewer lawsuits. When providers work in a compassionate environment, they are healthier and less prone to burnout.

But oncology providers are surrounded by sickness, suffering, pain, death, and grief. They work brutally long hours and fear making mistakes at work. They deal with too much paperwork, rapid and constant technology changes, and a lack of appreciation.

When those stressors are not addressed, providers will become exhausted, angry, cynical, and impatient. They will get sick and depressed, shut down emotionally, and self-medicate.

“They will either burn out and quit, or worse, burn out and keep working. When that happens, it’s impossible for us to connect,” Mr Tomlinson said.

“Compassion requires that we look deep within ourselves for what pains us, to make sure we never take it out on our patients. It’s not selfish to love yourself, to take care of yourself, and to make your happiness a priority. It’s a necessity,” he added.

Mr Tomlinson is now cancer-free, and recently celebrated 5 years since his last treatment by jumping out of an airplane. 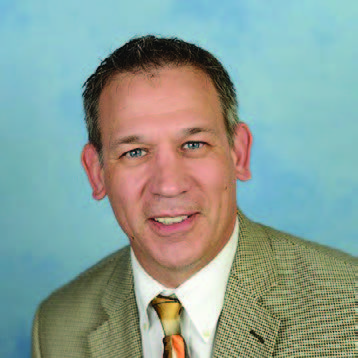 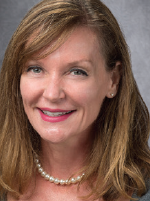