Orlando, FL—The power to fight a virtually infinite array of pathogens is one of the hallmarks of the human immune system, and random diversity is its secret weapon. Despite the unique recognition capacity of T-cells, however, cancer can occasionally survive and evade detection.

As Dr Finn reported, self-antigens can transform into tumor antigens via mutation, overexpression, or posttranslational modification, all of which provide ample targets for cancer vaccines or T-cell therapies. More important, however, is that recent research has indicated that many tumor-associated antigens, especially those that are overexpressed or modified in posttranslation, are also found in nonmalignant diseased tissues.

“We’ve identified many antigens on tumor cells in cancer patients that are actually expressed long before malignancy has occurred, in other disease-associated states and conditions,” said Dr Finn, who emphasized that this overlap of antigens has important implications for cancer immunoprevention.

“The immune response against these antigens is not only not dangerous, but it actually appears to protect against cancer,” she said.

Two molecules in particular (MUC1 and cyclin B1) have been identified as promising targets for cancer prevention. MUC1 and cyclin B1 are abnormally expressed on epithelial adenocarcinomas, multiple myeloma, and some B- and T-cell lymphomas, said Dr Finn, but they are also implicated in a variety of other diseases stemming from viral infections (mumps and human papillomavirus), bacterial infections (mastitis, genitourinary tract infections, and Helicobacter pylori), and inflammation (inflammatory bowel disease, mastitis, and endometriosis).

“When we looked at other premalignant lesions or chronic inflammatory diseases, we found that these molecules were abnormally expressed in exactly the same form as they are on tumor cells. These molecules have already been shown to the immune system very early in life, way before the tumor has occurred,” said Dr Finn.

As Dr Finn explained, this link between disease- and tumor-associated antigens can be exploited by developers of cancer vaccines because of the immune system’s long-term memory. Epidemiologic studies, for example, have demonstrated that being infected with the mumps virus during childhood could protect against ovarian cancer.

Anti-MUC1 antibodies generated in response to the mumps virus may be stored in immune memory for occurrences of malignancies later in life, said Dr Finn, who noted that breast mastitis, bone fracture or osteoporosis, and pelvic surgery could also engender immunity. The likelihood of developing ovarian cancer was reduced by approximately 33% for women who had experienced ≥2 of these events.

However, for individuals who do not acquire such immunity through early encounters with disease, treatment with adoptively transferred antibodies or T-cells specific for disease-associated/shared tumor antigens could be used to enhance the immune response. Dr Finn and colleagues are thus focusing on these antigens to boost preexisting responses, rather than trying to induce new responses by an aged immune system in the tumor microenvironment.

“By vaccinating early in tumor development to avoid the immunosuppressive tumor microenvironment, we should be able to induce an immune response to prevent tumor progression,” she explained.

These investigators have been testing this strategy in the premalignant setting with advanced adenomas of the colon (ie, precursors of colon cancer). From 2009 to 2012, a feasibility study in 39 patients who were given a vaccine featuring a MUC1 peptide demonstrated very high levels of anti-MUC1 antibodies and long-term immune memory response at 1 year. More recently, Dr Finn and colleagues completed accrual and vaccination of 110 patients for a randomized, placebo-controlled, phase 2 trial assessing the MUC1 vaccine for colon cancer prevention.

“We already know that the vaccine is very highly safe and immunogenic, and within 2 to 3 years, we will be able to see if the vaccine has led to at least 25% reduction in polyp recurrence,” said Dr Finn.

What’s more, said Dr Finn, in addition to MUC1 and cyclin B1, there are numerous other candidate antigens, including EGFR, HER2/neu, SOX-2, mesothelin, and cancer testis antigens, that could lead to preventive cancer vaccines.

“Many of these antigens are expressed on several different premalignant lesions. All of these are very good candidates for vaccines in a premalignant setting to try and prevent tumor progression,” she concluded. 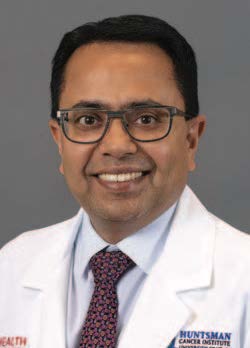