Metastatic estrogen receptor (ER)-positive breast cancer responds well to anti-ER therapies, but eventually resistance occurs and the drugs fail to work. A new study presented at the 2018 American Association for Cancer Research meeting suggests that HER2 mutations can be acquired during metastatic cancer and their development represents a previously unreported mechanism of resistance to treatment. This resistance can be overcome by the irreversible HER2 inhibitor neratinib (Nerlynx).

This study is preliminary, but it holds promise for the treatment of some patients with metastatic ER-positive breast cancer. Further study is needed to determine what percentage of patients with ER-resistant metastatic breast cancer acquire HER2 mutations, as well as to establish whether the combination of neratinib and fulvestrant (Faslodex) is effective or whether a different strategy is needed.

A recent mechanism of resistance to aromatase inhibitors by activating ER mutations has been identified in approximately 25% of patients, but mechanisms of resistance against other ER-directed therapies in other patients remain to be determined. 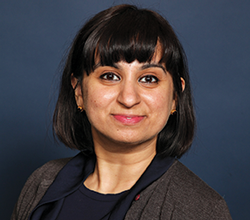 The study was based on whole-­exome sequencing of tumor biopsies from 168 patients with ER-positive metastatic breast cancer that developed resistance to hormone therapies, including tamoxifen (Nolvadex), fulvestrant, and palbociclib (Ibrance). 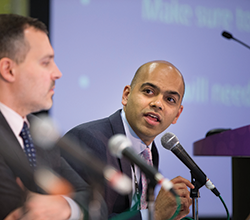 “It was surprising to discover that HER2 mutations can be acquired in the metastatic setting, suggesting that these tumors evolve, and these mutations seem to be a mechanism of resistance to therapies that target the estrogen receptor,” said senior investigator Nikhil Wagle, MD, Deputy Director, Center for Cancer Precision Medicine, Dana-Farber Cancer Institute.

Laboratory studies showed that HER2 mutation–mediated resistance to hormone therapy could be overcome by the combination of fulvestrant plus neratinib. This strategy was also effective in 1 patient who received the combination.

This study’s early results suggest that dual treatment with these drugs may be a novel strategy for patients with metastatic breast cancer and acquired HER2 mutations that is resistant to ER-directed therapies.

“This study underlines the importance of profiling resistant metastatic tumors with repeat biopsies. Currently only the initial tumor is profiled in most cases,” Dr Nayar said. “Patients with ER-positive metastatic breast cancer and HER2 mutations should be directed to clinical trial testing strategies to overcome this mechanism of resistance.”